A Chilled Out 30th Party With Friends

TL;DR I had an epic night with a small group of friends drinking wine, eating snacks and playing inappropriate card games.

Last night I FINALLY celebrated my 30th birthday with some of my friends 😀 and it was an amazing night. It’s pretty common to mark your 30th with a massive party. And why not! it is a pretty big milestone right! Not me though, I will confess right now that I’m a bit of an introvert. A grand party, with a huge crowd of people is really not my idea of a fun time. No, I’d rather spend an evening with a small group of friends, drinking wine, nibbling on snacks and playing inappropriate card games that leave us in fits of laughter. And so that is exactly what I did.

We had a variety of different card games on hand for the evening, though we only ended up playing two of them. First up was Cards Against Humanity, the game that proclaims it is for horrible people…I don’t know how I feel about that statement. I love the game as do my friends…and I don’t consider us horrible…I consider us hilarious 😜

The other game was a new one for us all, What Do You Meme. A game fit for anyone who likes to make, share or chuckle at Memes (an image, video, piece of text, etc., typically humorous in nature, that is copied and spread rapidly by Internet users, often with slight variations). As I said, this one was a new one for us all, and I have to say it was a hit…perhaps I might have to invest in some of the expansion packs.

The other games we had on hand, but didn’t get to this time were:

I can definitely say it was an evening I won’t forget anytime soon.  Plus, I really need to be having evenings like this more often! Do you know of any other card games that we should try out? Let me know in the comments below 😃 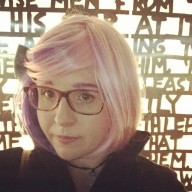